This is the Federal Constitution that came into being after an intensive citizens' convention between October 2021 and March 2022. The full version including the explanatory memorandum can be found here. 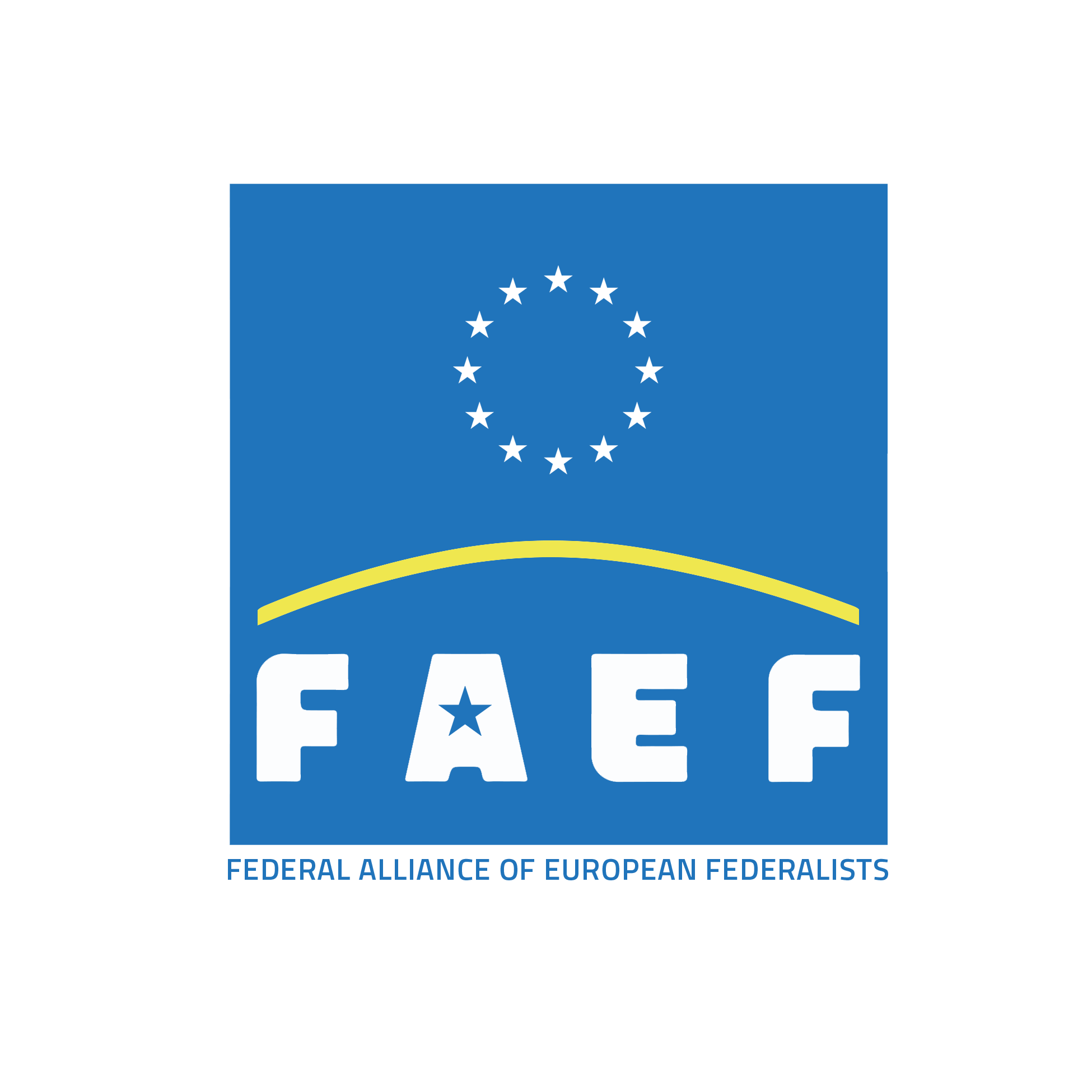 The Federal Alliance of European Federalists (FAEF) is pleased to present its democratic federal Constitution for the Citizens of Europe. It is meant to replace the treaty-based system of the European Union. In the evolution of European state systems since 1500, the stage of a federal Europe is now beginning.

For six months - from October 2021 to the end of March 2022 - FAEF's Citizens' Convention improved a ten-article draft of this Constitution. The result of this peer review is a comprehensive structure of the constitutive and institutional elements of a centripetal federation, based on a federal Constitution and led by applied sciences. A federation, built from the bottom up, for the Citizens of sovereign European states, that want to create a centre that looks after their common European interests, while preserving each country’s sovereignty, culture and traditions.

The members of our Convention who did this remarkable work are here  listed.

The Board shall present the Constitution to the Citizens of Europe, inform them of its significance and organize the process of its ratification by the Citizens.

We, the Citizens of Europe, moved by the need and the will to form a more perfect and durable union, with the objective and duty of taking care of the common European good, protect and ensure the greatest degree of liberty and well-being for its peoples, establish the Federated States of Europe - hereafter the Federation - by ratifying this Constitution,

I. Laying down the principle that it should support our quest for happiness, based
(a) on working relentlessly to preserve the diversity of all life forms on Earth and to protect and care for the natural environment for next generations,
(b) on securing freedom to live one’s life without impeding the freedom of others,
(c) on elimination of all forms of discrimination on the basis of respect for the diversity of cultures, languages, ethnicities, beliefs, and sciences of the Citizens within the Federation, as well as on the protection of their fundamental rights and freedoms,
(d) on encouraging trust and solidarity among all countries and regions, in Europe as well outside Europe,
(e) on human compassion, respect and support to achieve happiness for Citizens from outside the Federation who want to live within the Federation in accordance with its laws and the articles of this Constitution,
(f) on expecting that in carrying it out, it should bear witness to wisdom and knowledge, human dignity and justice, and integrity, in the full awareness that it derives its powers from the people, that all people on Earth are born equal with regard to dignity and rights, and that no one is above the law.

II. Considering further:
(a) that the Federation is an integral part of a highly interdependent natural and social system. The ability to realize, preserve and promote its values depends on the global condition of international relationships among countries and on the health of the natural environment;
(b) that the Federation repudiates war and violence as an instrument of offence to the liberty of other peoples and as means of settling international conflicts; the Federation favours transnational cooperation and federal structures to ensure peace, justice and prosperity among nations;
(c) that this federal Constitution is based on the cultural, religious, and humanist inheritance of Europe, including the considerations and desires of European philosophers to unite Europe in a federation after centuries of conflicts and wars;
(d) that the federal system is based on a vertical separation of powers between the Member States and the Federal Entity through which they share sovereignty;
(e) that the horizontal separation of the legislative, judicial, and executive branches both at the level of the Federal Entity and at that of the Member States is guaranteed by a solid system of checks and balances.

III. Whereas, all Citizens shall have the right to resist any person, organization, institute or authority seeking to abolish this Constitutional order if no other remedy is available,

IV. Adopt the following ten articles as the Constitution of the Federation,

Article I – The Federation, the Rights, and World Federation

Section 2 – The House of the Citizens

Section 3 – The House of the States

Section 4 – The gathering of both Houses

Section 5 – Rules of Proceedings of both Houses

Section 6 – Compensation and immunity of delegates of Congress

Article III – The Powers and tasks of the Legislative Branch

Section 3 – Constraints on the Member States

Section 2 – The election of the President and the Vice Presidents

Section 4 – Independent oversight of the executive branch: the Ombudsman Offic

Article V – The powers and tasks of the Executive Branch

Section 1 – The President’s and Praesidium’s powers

Section 2 – The President’s and Praesidium’s tasks

Section 1 – The Courts and the Judges

Section 3 – Powers of the Federal Supreme Court of Justice

Article VII – The Citizens, the States, and the Federation

Article X – Ratification of the Constitution