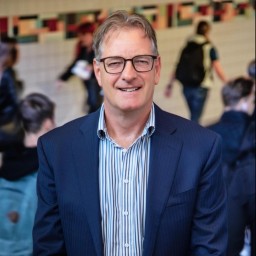 I believe that every European believes that our continent must have a strong position in the world order. But we don’t have that position (anymore) and we don’t behave that way either. We always look up to the Americans, whom we prefer to have defended our (military) interests. We also look with admiration, but perhaps also anxiously at emerging countries like China. In short, we behave rather passively. We feel rather small. Is that right?

Take the United States of America, for example. We consider this a large and strong country. But if you look at demographic figures, that thought is only very relative. The US have about 325 million inhabitants. Compare that to the EU-28, which has over 510 million inhabitants. Who is big, and who is small?

France, the United Kingdom, Italy and Spain also have more inhabitants than the largest American state. We can infer from this that America is actually not a large country at all. At least not in terms of population, nor by size of the 50 states.

So, why do we see America as a strong country? Quite simply, it operates as one country thanks to the federal form of government. Decisions on an exhaustive list of important political and social issues are taken in Washington DC, without interference from the 50 states. These 50 states – having their own parliament, government and judiciary – are autonomous and sovereignty for all other matters.

And we in Europe, we have a European Union that functions on the basis of an intergovernmental administrating system. In other words, it is the sum of 28 countries. Issues that call for a European response are answered after much hassle by 28 Heads of Government, each with their own national interest that prevails over the European interest. In this way, the EU organises its own powerlessness. And thus the US is strong and the EU occupies a marginal position on the global level.

If we accept this position, then that is fine. If we want to play a significant role, there is only one answer: the United States of Europe.

{"email":"Email address invalid","url":"Website address invalid","required":"Required field missing"}
We use cookies to ensure that we give you the best experience on our website. If you continue to use this site we will assume that you are happy with it.Ok